Antalya may be known as a beach resort, but the capital of the Turkish Riviera is also a culturally active city of over a million people, and is home to a symphony orchestra, an opera company, and a ballet company.

Antalya also hosts visiting artists during its various International music festivals. The selection of music available here offers something for everyone. 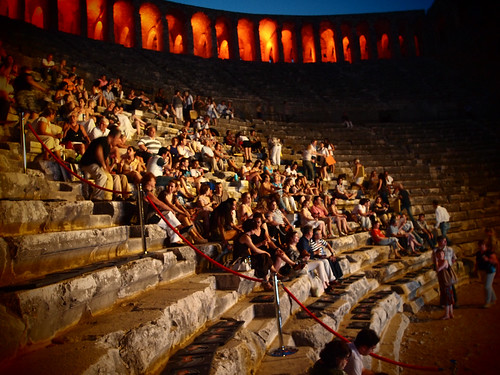 1.  The Antalya State Symphony Orchestra is an impressive ensemble that performs every Friday evening during its October – May season in the excellent acoustics of the Aspendos Salonu in Ataturk Kultur Merkezi.

The orchestra has different conductors and soloists every week. Their repertoire is predominantly the “Greatest Hits” of classical music: Beethoven’s 5th Symphony, Mozart’s 40th, Tchaikovsky and Brahms Symphonies, etc.

Since these pieces are unfamiliar to most of the audience, this is a good idea.  But lately they’ve been making the programming more interesting, for those of us who have heard these chestnuts hundreds of times, by adding new or unusual works to their repertoire.

They often feature short works by Turkish composers in the first half of the program, and then finish with a famous standard after the intermission.

2.  The International Piano Festival is the main musical event in this region.  World-famous performers from all genres, from classical ensembles such as the Moscow Virtuosi Chamber Orchestral to jazz stars like Chick Correa  take the stage at AKM for six weeks every fall.

The musical variety extends to Spanish Flamenco, Greek folk music, and even the piano/violin comedy team of Igudesman and Joo. Fazil Say, Turkey’s internationally acclaimed pianist, composer and conductor is the Music Director of the Festival,which usually opens with two sold-out performances of one of his orchestral compositions.

3.  Antalya’s State Opera and Ballet perform both traditional Western masterpieces like Verdi’s Il Trovatore or Tchaikovsky’s Nutcracker.  They even venture into American musical theater with West Side Story, which is sung in English, with Turkish dialogue.

But the most interesting performances are those unique to Turkey.  The Call of Mevlani mixes traditional Turkish instrumentation and musical themes with Western orchestral sounds to express the life story of Rumi in Ballet.

4. In addition to the impressive array of classical music options, Antalya is host to the Efes Jazz and Blues Festival, which brings international stars of those genres to casual venues where beer and hot dogs accompany the music.

5. Antalya also has several local bands who perform in bars and clubs in Kaleici, the city’s old center.  The amplification is always extreme, so bring earplugs if you plan to dance the night away.

6. For more laid-back live contemporary music, head to a traditional bar, or Meyhane, where you will hear either a singer/songwriter with a guitar, or a traditional ensemble of Turkish instruments. 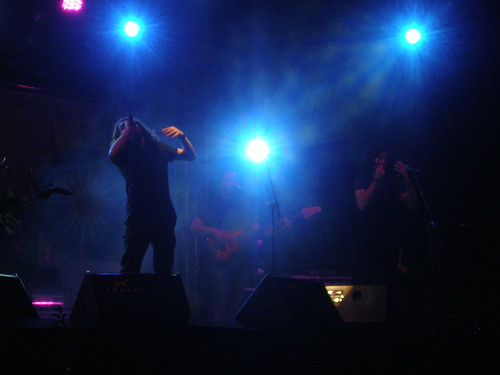 7. If you’re in Antalya over the summer, you have the unique opportunity to see a performance at Aspendos, in one of the world’s best-preserved ancient theaters. The International Opera and Ballet Festival brings ensembles from all over the world to perform in this magnificent setting.

Whether you’re looking for classical concerts, dance clubs, or traditional folk music, you will have no trouble finding music events and entertainment in Antalya.

Enjoy exploring the cosmopolitan region of Antalya through the cultural and historical tours on offer. Tell me more…