Nine days to explore the best of Turkey’s main attractions and historical sites including the Roman ruins of Ephesus, the centre of old Constantinople, and the fairy chimney landscape of Cappadocia. Swim in the pool of Cleopatra at Pamukkale and enjoy the tranquillity of the house of the virgin Mary.

Nine days to explore the best of Turkey’s main attractions and historical sites including the Roman ruins of Ephesus, the centre of old Constantinople, and the fairy chimney landscape of Cappadocia. Swim in the pool of Cleopatra at Pamukkale and enjoy the tranquillity of the house of the virgin Mary.

Pick up from the airport (or cruise port) and transfer to your hotel by private car. Overnight stay in Istanbul.

Pick up from your hotel & visit the Spice Bazaar, enjoy the Bosphorus by Boat, Dolmabahce Palace, Bosphorus Bridge and Camlica Hill. Overnight stay in Istanbul.

05:00 Hot air balloon flight over Cappadocia (Optional Extra - please contact us for price) Hotel pickup, then a quick snack and safety briefing. Watching the balloon inflate, then you're off! Soaring over fairy chimneys, and dipping low to skim cave dwellings. This may be your favourite part of your Turkey trip - it will certainly be unforgettable. Celebrate a soft landing with a quick drink, and return to your hotel for breakfast around 8.30am. Full Day Cappadocia Tour - (North) Pick up from your hotel & tour start from Devrent Valley (Imagination Valley), spectacular fairy chimneys and beautiful and scapes. After Devrent valley, we will visit Pasabag (known as Monk valley) where we will see double and triple headed rock formations. Lunch at Avanos, famous for pottery and Redriver (Kızılırmak). After lunch, you will visit Goreme open air museum which is in the heart of Cappadocia. Open air museum famous for wall painting, dates back to 10th century describing the life of Jesus Christ and monks. The last stop will be the Uchisar castle, natural and one of the biggest mass fairy chimney of the region. Overnight stay in Cappadocia.

Full Day Cappadocia Tour - (South) Pick up from your hotel & tour starts with Red valley. Explore the famous rock-cut churches and hike through the colourful and breath taking fairy chimneys. After 4 kms hiking, you will visit Cavusin (Greek village), famous for rock cut churches. After lunch, you will visit the one of the magical places of the region, the largest underground city of Cappadocia. After the underground city, you will visit the pigeon valley famous for dovecotes. The last stop is Ortahisar castle, one of the biggest mass fairy chimney of Cappadocia. After the tour, transfer to airport for your flight back to Istanbul. Overnight stay in Istanbul.

Pick up from the hotel according to your flight (or cruise) schedule and transfer to the airport (or cruise port). 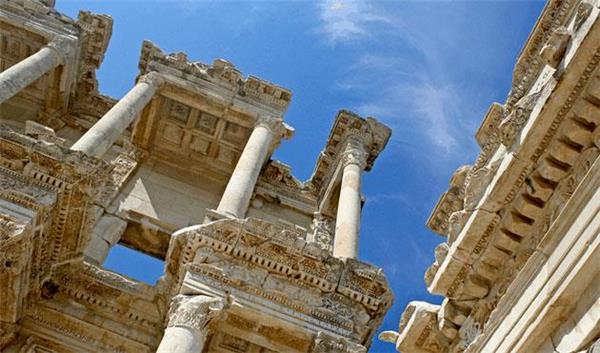 We only work with hand-selected hotels. Our hotels go through stringent testing to ensure quality, comfort and service. We are one of the a few travel agencies in Istanbul who provide our customers with a mobile number accessible 24 hours a day, in case of emergicencies 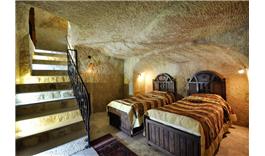 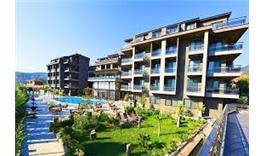 Hierapark Thermal Hotel boasts an thermal indoor and outdoor pools. Spa centre offers a range of treatments while children can enjoy themselves in the mini aquapark.

Four-starred Hierapark Thermal's rooms are fitted with an LCD TV and free WiFi. Bathrooms come with a bathtub and luxury bathroom amenities. Terraces or balconies are offered in certain rooms where you can enjoy the sunset accompanied by mountain views and the tranquil atmosphere of leafy pomegranate and olive trees.

Breakfast and dinner are served as a rich open-buffet or set menu. A wide range of delicacies from Turkish and international cuisines can be savoured at the restaurant. 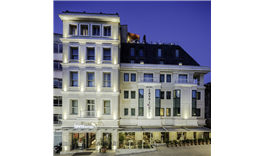 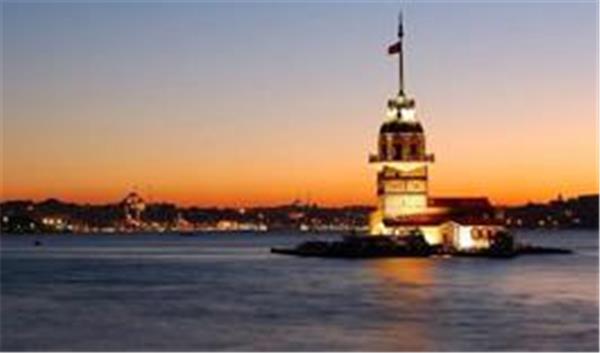 I would like to thank Turkey Travel tours for a brilliant tour around Turkey. They were very helpful and even when things did not go to plan, they quickly sorted out all the issues. I would recommend this company highly to anyone who wishes to travel to Turkey. i want to pick another one of their tours soon.

Michael Thank you so much for all hour help. We had a great time on our trip and will recommend you company to others. Thanks, Sally

Greetings Michael, On behalf of my family, I would like to thank you and your team for making our stay in turkey comfortable and pleasant. And a special thanks for the Turkish night, it was a real delight :).

We had an incredible adventure in Turkey. Everything was well organised - the hotels were very comfortable and boutique. We were worried about travelling Turkey as vegans, however we were looked after at every meal with plenty of options. We felt we were in safe hands the entire time. We had the best time on the Best of Turkey tour and would recommend it to anyone of any age! Thank you Turkey Travel Centre, we would love to return.

Hello Michael We have now returned to Australia having finished our travels for the time being. We wanted to write to thank you and all concerned for organising our fabulous tour of various parts of Turkey. From the beginning, we were impressed with the quick and appropriate email responses to any queries we had about the itinerary. Needless to say everything went flawlessly due to the planning, organisation and our guides and drivers who looked after us so well. We have also posted on Trip Advisor I hope, a suitable review to endorse our compliments. Regards Leigh & Carol

Me and my partner have organised the Best of Turkey tour through TTC in March. I specifically wish to thank Ihsan for organising the surprise birthday dinner for my partner. He certainly enjoyed the Belly Dancing show you've organised, along with the other customers at the restaurant! All tour guides were very professional, we were especially happy with Mehmet in Istanbul. Thank you very much for organising us an excellent trip.

Although the ancient ruins of Ephesus have many historical landmarks to boast about, a highlighted and most celebrated of recent years is the Roman terrace houses. Sitting on the Bulbul Mountain slope, they belonged to wealthy citizens who used slaves to clean and maintain their immaculate homes. The interior floor and wall mosaics are why they have taken centre stage, and they are marvellous artefacts depicting how rich people lived.

Sitting at the end of the main street, the majestic Celsius library was one of three sizeable ancient world libraries. Holding 12,000 scrolls, it was a pinnacle point in the social life of philosophers and creative artisans.

Built-to honour the Roman senator of the same name, his tomb was underneath. It is because of extensive restoration work that took place for eight years in the 70s that we can see the library’s front facade because a 3rd-century earthquake demolished it.

Seeing the Celsius library portrays how important wisdom was to Romans, prompting them to store information in public buildings all over their empire. So necessary was knowledge to them that the architecture and foundation were well planned out.

The 4th-century state agora built under the rule of Alexander the Great was a business capital where state heads converged to discuss business matters. The ruins that stand now are not the original structure but remains of the restored Agora under the efforts of Faustina, the wife of Marcus Aurelius.

Although used for commerce and trade, they found a terra cotta sarcophagus on-site, suggesting that a necropolis existed in the 7th and 6th centuries BC. Aside from a necropolis, a discovered water reservoir supplied water to Ephesus.

The 7th century BC Artemis Temple of Artemis, built under King Croesus of Lydia’s reign was a place of worship to Artemis, the Greek goddess of hunt and wilderness, who was also the twin of Apollo.

Except for its roof, the marble temple succeeded the Parthenon’s grandiosity. It was a sanctuary for beautiful pieces of art, much of those were sculptures by the famous Greek artists Kresilas, Phidias and Polyclitus.

The wealthy citizens of Ephesus also donated extravagant pieces of jewellery, silver, and gold to adorn the temple but in 356 BC, a young man named Herostratus, who wanted to gain infamy burned down the magnificent building.

The British Museum now holds fragments and remains found in the early 1900s. Philo of Byzantium, a 3rd-century Greek engineer and writer, wrote…. “I have seen the walls and Hanging Gardens of ancient Babylon, the statue of Olympian Zeus, the Colossus of Rhodes, the mighty work of the high Pyramids and the tomb of Mausolus. However, when I saw the temple at Ephesus rising to the clouds, all these other wonders were put in the shade.”

Devoted Christians should visit the Virgin Mary house, believed to have been her last home before she ascended. Records say Mary was delegated to Saint John the Baptist’s care by Jesus Christ after his resurrection, and John brought Mary to Ephesus where he also planned to spread the teachings of Christ.

The House of Virgin Mary is a humble example of Roman architecture, made from stones. Christian and Muslim pilgrims and tourists visit the House of Virgin Mary to pay tribute, offer prayers and drink from the miraculous springs nearby. You can combine a visit with tours to Ephesus or nearby Selcuk, which also holds such sites like Saint John’s basilica.